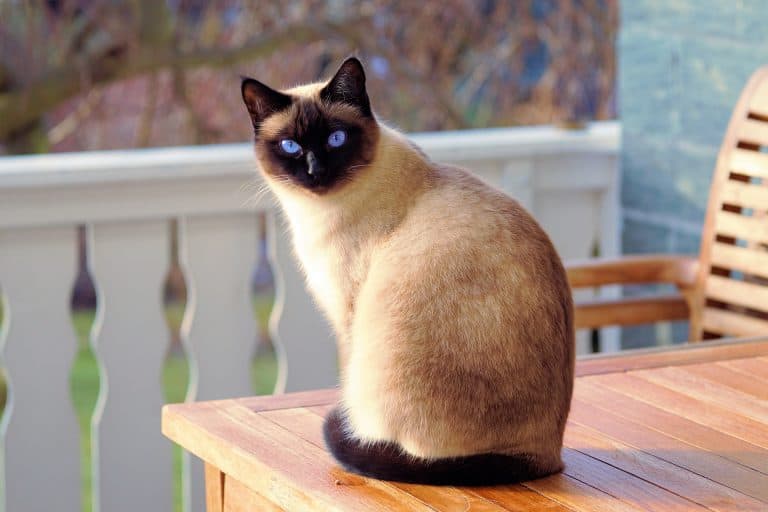 Siamese cats are a very intelligent, lively, entertaining cat. They can be very demanding and become totally involved in their owner’s life. Siamese do not like to be ignored and always have to be the centre of attention. They usually regard themselves as people rather than cats. You will never be bored if you own a Siamese cat.

Siamese cats have a strong personality and are usually very talkative, often with a loud voice. The Siamese voice is quite legendry and they use it well to communicate with humans. Their meow has been compared to the cries of a human baby. They enjoy being with people and have a great need for human companionship. Siamese cats are sometimes described as extroverts. Often they bond strongly to a single person. 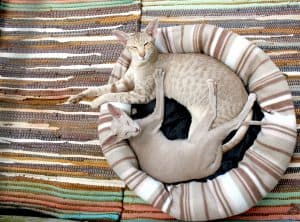 Siamese cats are extremely affectionate and make a wonderful, entertaining and totally dominating pet. They are very loyal and loving. These cats are typically active and playful, even as adults.

They are high-energy cats who are always on the go. Whatever activity you are engaged in you can be sure that your Siamese cat will be always there helping you out. 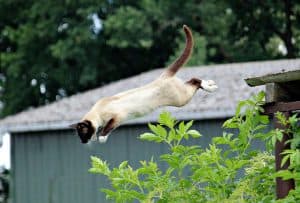 The Siamese Cat is easily recognizable by its distinctive colouring and almond shape brilliant blue eyes. They are very sleek cats with coloured points on their ears, face, tail and feet. The Siamese Cat is a small to medium-sized slender and elegant cat with a long body, neck and tail with a long wedge-shaped head. 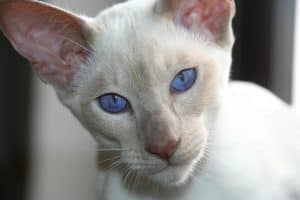 The breed standard of the Modern Siamese Cat indicates an elegant, slim, stylish, flexible and well-muscled body. Its head is triangular shaped, with a thin snout. The eyes are almond-shaped and oblique, the ears large and thin. It has a long neck, body and tail. The hair is short, glossy, fine, soft, tight and adhered to the body. The Siamese is characterized by its typical pointed colour scheme. 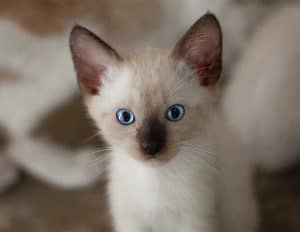 The point colours are the colour of the face, ears, tail and feet. Siamese point colours can be Seal, Chocolate,  Blue, Lilac, Cinnamon, Fawn, Red, Cream, Apricot or Caramel.  The points can also be Tortie (Tortoiseshell) and Tabby (or Lynx).

The Siamese Cat will usually live up to 13 or 14 years of age, but it is not unknown for Siamese cats to reach the grand old age of 20. Kidney disease, otherwise known as Chronic Renal Failure is a common cause of death in elderly Siamese cats. More reading on Kidney Disease in Cats. 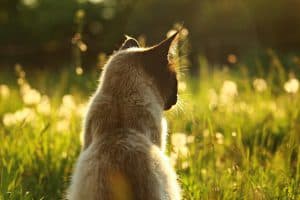 Although there have been many theories about the origin of the Siamese cat, it is now quite certain that it was a well-loved variety in the ancient Siamese city of Ayudha.  Ayudha was founded in 1350 and was Siam’s capital until a fire destroyed the city during the Burmese invasion in 1767.

In the National Library, in the present day capital of Bangkok, there are manuscripts from Ayudha that provide a record of native cats, describing them as having black tails, feet and ears with a white body and blue eyes which reflect a reddish glow at night because it is part albino.  The Siamese Cat’s eyes are a brilliant sapphire blue.  The original Siamese cats in Siam lived in temples where they were closely guarded to keep the breed pure.  So highly were they regarded that their ownership is said to have been restricted to members of the Royal family.  Only if a man was promoted to a knight or nobleman could he possess that cat with, as they believed, “special powers.” 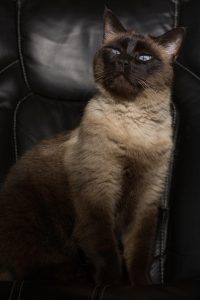 Many Siamese cats from Thailand had a kink in their tails but over the years this trait has been considered to be a flaw and breeders have largely eradicated it, although it persists among street cats in Thailand. Many early Siamese were cross-eyed to compensate for the abnormal uncrossed wiring of the optic chiasm, which is produced by the same albino allele that produces coloured points. Like the kinked tails, the crossed eyes have been seen as a fault and through selective breeding, the trait is far less common today. 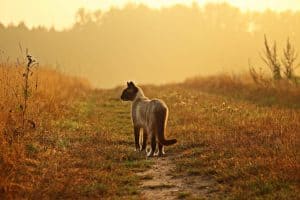